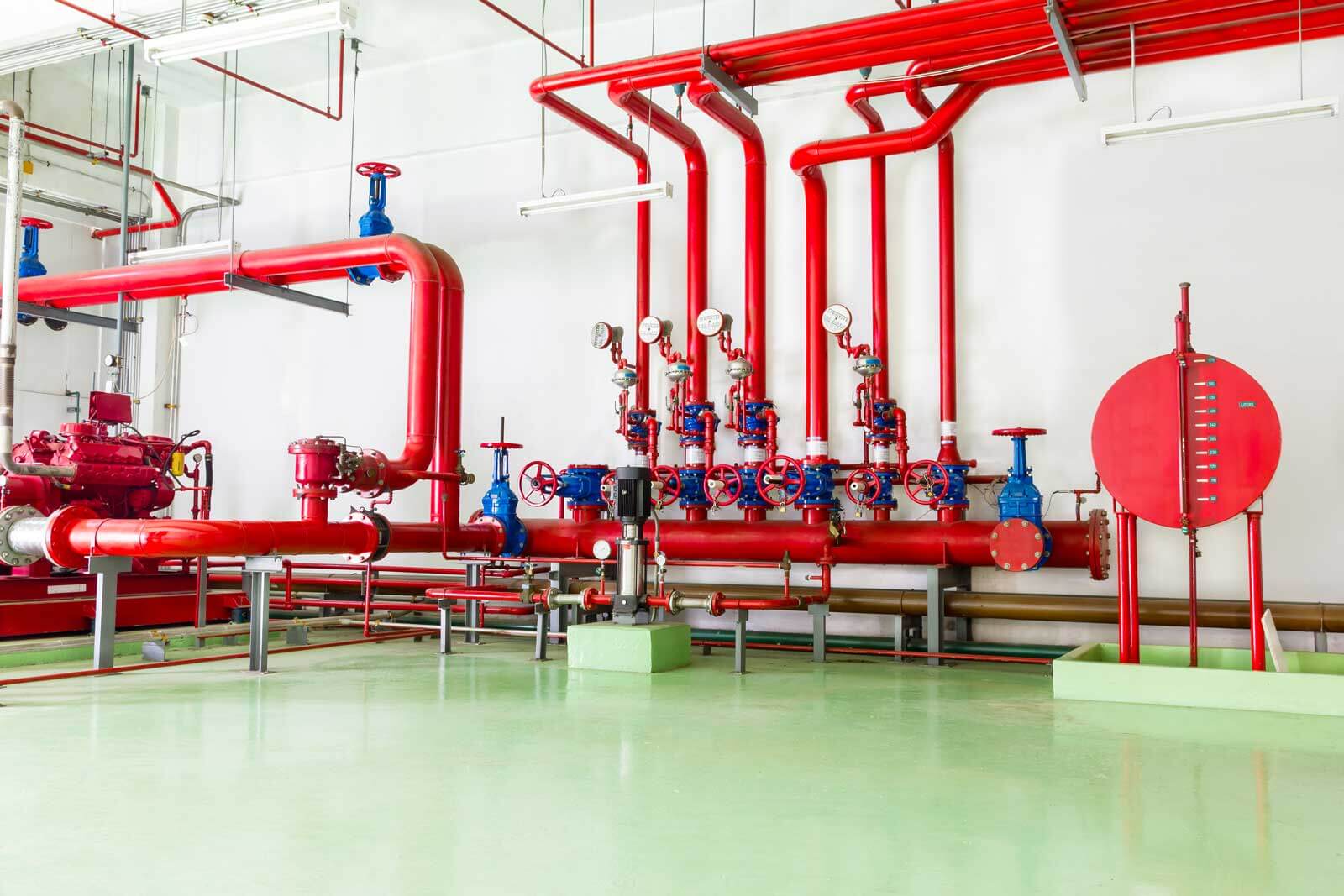 Operation – Water is not present in the piping until the system operates. Dry pipe systems are typically filled with pressurized air or nitrogen rather than water. To prevent the larger water supply pressure from forcing water into the piping, the design of the dry pipe valve (a specialized type of check valve) results in a greater force on top of the check valve clapper by the use of a larger valve clapper area exposed to the piping air pressure, as compared to the higher water pressure but smaller clapper surface area.

When one or more of the automatic sprinklers is exposed, for a sufficient time, to a temperature at or above the temperature rating, it opens, allowing the pressurized air in the piping to vent from that sprinkler. Each sprinkler operates individually. As the air pressure in the piping drops, the pressure differential across the dry pipe valve changes, allowing water to enter the piping system. Water flow from sprinklers, needed to control the fire, is delayed until the air is vented from the sprinklers.

Some, in error, view a dry pipe system as advantageous for the protection of collections and other water-sensitive areas. This perceived benefit is due to a fear that wet system piping may leak, while dry pipe systems will not. However, the same potential for accidental water damage exists, as dry pipe systems will only provide a slight delay prior to water discharge while the air in the piping is released from the pipe.

For more information on